For a long time now, researchers have all too easily handed over to academic publishers the rights inherent in their publications. These rights include not only the intellectual ownership of the researcher’s work, but also the permission to freely and immediately disseminate it without embargoes, and thus allow others to quickly build on these results. cOAlition S wants researchers to retain sufficient intellectual ownership rights to their publications. This can be difficult to achieve for individual researchers, since the cOAlition S Open Access requirement may conflict with the demands of the publishers to transfer copyright to them.

cOAlition S, therefore, wants to help researchers to always retain sufficient intellectual ownership of their work after peer review. Ideally, researchers would retain full copyright, but we will allow for copyright transfer if sufficient rights are retained to control a CC BY version of publications. The Rights Retention Strategy is designed to support cOAlition S funded researchers seeking to publish in their journal of choice, including any subscription journal. Researchers only need to fulfil two conditions: First, when they submit their articles to a journal, they have to inform the publisher that their submission is under a CC BY licence. This allows researchers to retain sufficient intellectual ownership rights to their work. Secondly, researchers have to make that work openly available on publication so it is easily accessed and built upon.

The Rights Retention Strategy gives further shape to the Plan S pledge that all scholarly publications resulting from research grants must be immediately available Open Access with a reuse licence upon publication. It makes 100% of cOAlition S funded scholarly publications available Open Access. This policy maps to Route 2 in the implementation guidance and is very close to the Harvard licence model which has been in place since 2008.

What researchers are asked to do

The idea is simple. cOAlition S Organisations will change their grant conditions so that a public copyright licence – CC BY – is applied by default to all Author Accepted Manuscripts (AAM) reporting on original research supported in whole or in part by their funding.

Accordingly, funded researchers, and especially those who wish to publish in subscription journals, are asked to do two things:

Explicitly informing the publisher of the CC BY status of the submission is important because it allows researchers to retain sufficient rights ensuring that they can reuse their work in a legally robust way, whilst also allowing them to adhere to their Organisation’s Open Access policy. Making the Author Accepted Manuscript (AAM), or, if possible, the Version of Record (VoR) available in an open access repository is crucial because it ensures that the researchers’ work is easily accessible for all readers worldwide, and therefore viewed more often than articles behind a paywall. In other words, both of these grant conditions of cOAlition S Organisations are entirely in the interest of researchers themselves.

What cOAlition S will do: giving publishers notice 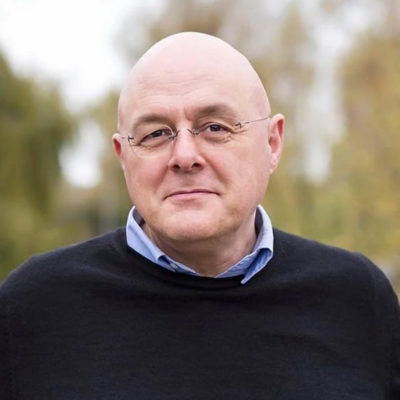 Johan Rooryck is Executive Director of cOAlition S and a linguistics professor at Leiden University. He is the editor-in-chief of the Fair Open Access journal Glossa: a journal of general linguistics since 2016. From 1999 to 2015, he was the executive editor of Lingua (Elsevier), when its Editorial Team and Board, as well as its reader and author community, decided to leave Lingua to found Glossa. He also is a founding member and president of the Fair Open Access Alliance (FOAA) and Linguistics in Open Access (LingOA). He is a Member of the Academia Europaea.

View all posts by Johan Rooryck