Don’t believe the hype: repositories are critical for ensuring equity, inclusion and sustainability in the transition to open access

The rhetoric of some scholarly publishers lately has shown a troublesome trend with respect to Open Access repositories (often referred to as Green OA). Most recently, the CEO of Springer Nature, Frank Vrancken Peeters, delivered a presentation to the Academic Publishing in Europe conference in which he mischaracterizes OA repositories in several ways. In that presentation, which I did not attend personally, but has been reported on by Porter Anderson in Publishing Perspectives, Peeters echoes a number of inaccuracies posted in an earlier OASPA guest blog, to which COAR immediately responded with Correcting the Record: The Critical Role of OA Repositories in Open Access and Open Science.

Unfortunately, I must again speak out, to correct the many errors contained in Peeters’ presentation. Contrary to what Peeters states:

The great irony is that the themes touched on in Peeters’ presentation were trust, openness, and transparency. But those values are undermined by the misrepresentations in his presentation, not to mention a history of obfuscations by some publishers about open access and the widespread use of non-disclosure agreements.

What is motivating these developments? I can only assume that these publishers are concerned about protecting their revenues in the face of a growing number of policies coming into effect, such as Plan S. It is painfully clear that this is not about quality or trust, but about maintaining control, preserving the traditional publishing paradigm, and protecting profit margins.

Perhaps not coincidentally, this hyperbole comes at the same time as a group of scholarly publishers are proposing to define the repository selection criteria for where their authors’ should deposit research data. These criteria, which are very narrowly conceived, threaten to exclude thousands of national and institutional repositories as options for deposit.

A mixed, complementary approach to the practice of open access, via OA journals and OA repositories, is both necessary and desirable for the future of open science. This will allow for greater innovation in scholarly publishing, a model which has not markedly evolved over the last 350 years, despite significant flaws. Furthermore, Open Access based on an APC payment model is not achievable, equitable, or sustainable over the long term for some countries and regions. Many researchers around the world simply do not have the means to pay OA publishing fees (APCs), nor do their governments or institutions have money for transformational agreements.

So, let’s not allow the rhetoric to percolate or pass by unchallenged. OA repositories – managed by long-lived and trusted institutions – are critical infrastructures for open science and part and parcel of the foundation for a sustainable and equitable scholarly communication system. 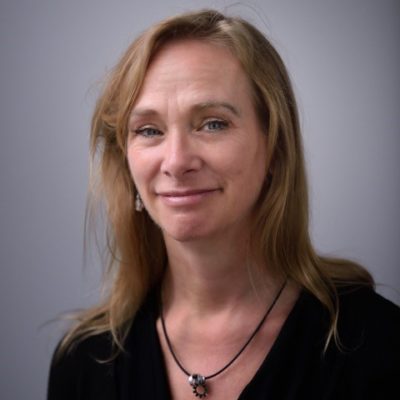 Kathleen Shearer is the Executive Director of COAR, an international association with over 150 members and partners from around the world representing libraries, universities, research institutions, government funders and others. COAR brings together individual repositories and repository networks in order to build capacity, align policies and practices, and act as a global voice for the repository community. Shearer is based in Montreal, Canada and has been working in the area of open access, open science, scholarly communications, and research data management for close to 20 years. She participates in numerous organizations and initiatives to advance open science around the world. She is the author of numerous publications and delivered many presentations at international events. Most recently, she was the lead author of the paper Fostering Bibliodiversity in Scholarly Communications: A Call for Action (April 2020) and presented the keynote speech at the Open Repositories Conference in June 2020. Shearer is also a Research Associate with the Canadian Association of Research Libraries (CARL) and has been instrumental in many of CARL’s activities related to open science, including the launch of the Portage Initiative in Canada, a national research data management network.

View all posts by Kathleen Shearer