Diamond. The term is made to do a lot of work. Used in open-access publishing circles to refer to modes in which neither the author nor the reader pays, it implies rarity. It denotes scarcity. It signifies refinement. It seems, if the marketing of De Beers is anything to go by, to be the ultimate expression of love. Forever. A girl’s best friend.

There are many reasons why we should value diamond OA. For one, it avoids the cost-concentrating effects of APCs that I have detailed elsewhere.[1] It also frees scholars from the market pressures of having to “sell” their high-profile research, as Peter Suber has pointed out.[2] Diamond OA does not exclude authorship on the basis of where you were born or the prestige of your university. Diamond OA admits readers from every continent, regardless of their library budgets. Diamonds, it seems, are worth mining.

Diamond, however, is also a category error. While “gold” and “green” open access refer to conditions of availability – at the publisher and in a repository respectively – diamond denotes the financial conditions under which a publisher operates. Hence, while the term is meant to connote a supreme condition in which infrastructure exists transparently without financial demands from authors or readers, it also helps to cement the false certainty, erroneously held by many researchers, that “gold” open access means article processing charges (APCs).

Nonetheless, the recent cOAlition S-commissioned report into diamond open access is revealing. Diamond is not rare. “There are”, the report’s authors note, “almost certainly at least 17,000, but likely up to 29,000, OA diamond journals”, a large number of which, like the proverbial iceberg, sit “below the surface” of discoverability indexes such as DOAJ.

Yet the category error to which I earlier gestured runs deep. At one point, the report notes “the dominance of the OA diamond model in Latin America […] Eastern Europe and the Middle East” and calls these models less “commercial”. I remain concerned at this separation of diamond OA to a “Balkanized” realm of unprofessionalism – and anti-commercialism – defined in opposition to the sleek commercial players. It is perfectly possible to run high-quality diamond models that have a commercial underpinning; it just requires some lateral thinking and goodwill. We must, in my view, resist this further equation of “diamond” with “botched DIY” or anti-commercialism. It is possible to do high-quality diamond OA that runs on a business model with underpinning commercial support.

It is perfectly possible to run high-quality diamond models that have a commercial underpinning; it just requires some lateral thinking and goodwill. We must, in my view, resist this further equation of “diamond” with “botched DIY” or anti-commercialism.

Indeed, I do not agree with everything in this report. At one point, for instance, it is suggested that “the apparent preference for OA diamond as opposed to APC based models in HSS need not be a direct consequence of the HSS field as such, but could also be more indirectly related via another explaining variable such as journal size”. I find this somewhat perplexing. It seems to me that the clear explanatory variable is, although perhaps not a direct consequence of the field, nonetheless a direct consequence of the funding of the HSS spaces. Namely: a lack of project funding makes it incredibly difficult to find APCs at the right place in the system. When work is funded systemically through time – or even just researcher’s own spare time – adding on the £3k APC to your own personal expenditure is simply not viable. The “dry funding climate”, or even perhaps desert, as Suber called it in the introduction to my book on OA and the humanities, seems to me a far more likely explanation for diamond in the humanities.[3]

There are also some challenges with the cOAlition S data. I should note, for reasons of conflict of interest, that my diamond publisher, the Open Library of Humanities (OLH), submitted to the diamond survey. Yet we weren’t always sure of the answers. In terms of “proportion of authors from the same institution” or “same country” as the journal? Readership stats and their global placement? We had to take an informed guess. It certainly, I am afraid to say, was not a rigorously scrutinised dataset.

Why not? One of the core problems to which the cOAlition S report gestures is the difficult funding situation for these titles. At OLH we implemented a low-cost business model for our 28 titles. We provide good value for money. But how much spare capacity do we have to respond to surveys like this? Very little. We run close to the wire in order to save libraries’ money. And this speaks to the project’s findings, which clearly highlight the financially fragile nature of this vast archipelago of scholarly titles. How can it be that so much of our research publication infrastructure is so wrongfully underfunded and reliant on volunteer labour while the likes of Elsevier make a 37% profit margin on billions of dollars revenue? 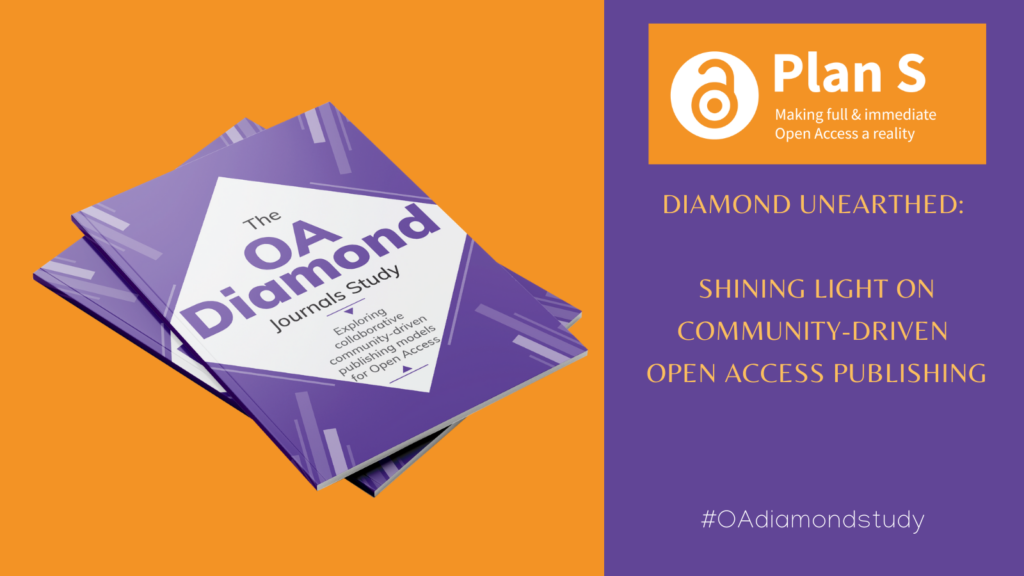 This is why, in some cases, diamond is a more apt metaphor than we might like. Real-world diamond mining is full of ethical pitfalls. The environmental damage has been extensive, but exploitation of workers through near-slave child labour in this field, in the service of global profit, is intolerable. Given the extensive donation of volunteer labour time in the diamond OA space – as signalled in the report – we should, I think, take pause (although I believe, also, that such a comparison potentially trivialises child labour in real diamond mining, which is not my intention).

The anarchic historical development of devolved scholarly communications is also a narrative within which diamond OA sits well. People see a need. They get off their backsides and put it into action. A new journal is born. This is certainly how I got started. But it has also come with problems as scholcomms has become more and more specialized – and more and more digitized.

Of particular concern is the lack of digital preservation at many of these titles – and, also, the number of journals issuing (Crossref) DOIs without any preservation, in contradiction to the contractual terms of the registration authorities. As the report authors note, “about 3,000 journals using DOIs actually reported they do not satisfy the criteria CrossRef has for journals to issue DOIs”. Initiatives such as PKP’s LOCKSS Preservation Network are significant steps in this regard. But, really, it would not cost much for a few prominent funders to establish a permanent online digital preservation network that could store our diamond scholarship, forever. Sci-Hub, the illegal trove of scientific papers gathered by Alexandra Elbakyan, runs to 60TB or so. A few NAS boxes running LOCKSS would cost just a few tens of thousands of pounds, with perhaps an overseeing manager appointed to maintain it. When “the large majority of survey journals have no archiving policies”, this feels like low-hanging fruit and an easy intervention.

The report comes with a large number of recommendations that are doubtless helpful. But I return to a familiar point throughout this report and that boils down to one fundamental tension. I believe that the best system of scholarly communications would be one in which authors could publish openly solely on the quality of their work (as judged by many peers) and readers did not have to pay: diamond. Yet funders and their policies favour sub-dividing into units of publication: books and articles (and will only fund the outputs from their own funded projects). This is the core issue at the heart of funding scholcomms today. We need, instead, an infrastructure: one that is continuously funded and that underlies our research publication cultures. At the same time, the demand for accountability and transparency across separate organisations pulls us back, consistently, towards per-unit breakdowns that mean that, when the funding stops, the lights go out.

I believe that the best system of scholarly communications would be one in which authors could publish openly solely on the quality of their work (as judged by many peers) and readers did not have to pay: diamond.

I believe we are at a crossroads. We will either, now, succumb to APCs and the research publication ecosystem will become even more stratified than it has been to date, along the lines of those-with APCs vs those without. Or we could embrace a revolution. Most diamond OA journals represent such a revolution in microcosm. Somebody decided that the existing system wasn’t good enough and did something to change it in founding their journal. If we could redirect resources to such systems, away from the profiteers, while supporting their infrastructure, we would do a lot more good for the world than we ever did by propping up Informa’s shareholders.

We will either, now, succumb to APCs and the research publication ecosystem will become even more stratified than it has been to date, along the lines of those-with APCs vs those without. Or we could embrace a revolution. Most diamond OA journals represent such a revolution in microcosm.

If university presses and other mission-driven publishers could embrace such an architecture, promising standards-driven open access that was free to all, could we not configure our economics around that, rather than configuring our scholarly communications around the economics? 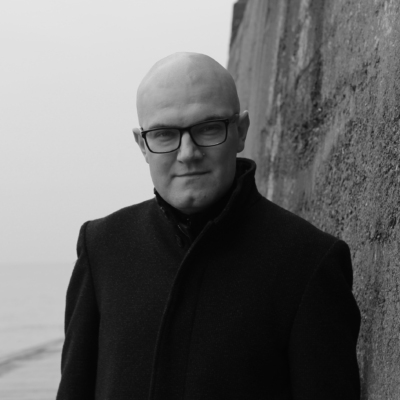 Martin Paul Eve is Professor of Literature, Technology and Publishing at Birkbeck, University of London. Martin works on contemporary literary fiction, computational approaches to the study of literature, and scholarly communication systems. In the open-access world, Martin is a founder and CEO of the Open Library of Humanities, a member of the UUK Open Access Monographs Working Group, a Plan S ambassador and has given evidence to the UK House of Commons Select Committee. In 2018, Martin was awarded the KU Leuven Medal of Honour in the Humanities and Social Sciences and in 2019 the Philip Leverhulme Prize for his work on open access.