Replacing traditional journals with a more modern solution is not a new idea, but the lack of progress since the first calls more than 20 years ago has convinced an increasing number of experts that a disruptive break is now necessary. The list of problems that have been accumulating is long, but three stand out as the most severe:

The reason for three decades of inaction is a social dilemma, where every player – researchers, libraries or institutions – is at a disadvantage if they move (first), so all remain locked-in. Reminiscent of the big internet platforms, the corporate publishers exploit this situation by using their massive profits not only to resist and delay any research- and public-oriented reform, but to fund a reform of their own and on their own terms: The major publishing houses are tracking their academic users in order to, among other reasons, expand their monopolies beyond scholarly texts. Over the last decade, the four leading publishing houses have all acquired or developed a range of services aiming to develop vertical integration over the entire scientific process (Fig. 1). For any institution buying such a workflow package, the risk of vendor lock-in is very real: Without any standards, it becomes technically and financially nearly impossible to substitute a chosen service provider with another one.

Figure 1: Providers of digital tools for the scientific workflow.

Logos stand for software tools designed for specific aspects of the workflow, and each tool may be used in more than one step. Elsevier and Holtzbrink are leading in the race to enclose the entire process, with Holtzbrinck offering multiple tools for each step in the workflow. The preconditions for a functioning market exist, but a common standard that provides for the substitutability of service providers or tools is missing.

Any solution needs to not only solve the current problems but also be capable of preventing a takeover by the corporations. Technically, there is broad agreement on the goal for a modern scholarly digital infrastructure: it needs to replace traditional journals with a decentralized, resilient, evolvable network that is interconnected by open standards and open source norms under the governance of the scholarly community. At the same time, and enabled by this plan, new, modern and adaptable reputation systems, long demanded by the scientific community, can finally be implemented. An essential part of the goal is also to replace the monopolies of current journals with a genuinely functioning and well-regulated market, where substitutable service providers would compete and innovate according to conditions set by the scholarly community.

To ensure the substitutability of workflow service providers, content needs to be stored and made accessible according to a set of enforced standards. These standards need to be open, under the governance of the scholarly community. The basis for such standards exists and only needs to be expanded, adopted and enforced. Thus, a standards body, analogous to, e.g., the W3C, needs to form under the governance of the scholarly community to allow the development of open scholarly infrastructures servicing the entire research workflow. There already are independent, non-profit platforms where service providers can be substituted. Scholarly institutions have a long history of publishing the work of their scholars, as well as striving to develop a global library of interoperable repositories. Combining these long-standing initiatives with existing open infrastructure developments could be instantiated today and is no longer a future scenario.

Redirection of funding from the legacy publishers to the new framework can be realized in a variety of ways. One possibility is already established and has been used for decades: Funding agencies have always required minimal conditions at funded institutions. These requirements, broadened to include the new framework, provide exquisite incentives for institutions to redirect their recurrent funds from antiquated journals to modern technology. With journal articles currently being overpaid by a factor of ten, the level of library funding is more than sufficient to implement any desired technology. Such updated eligibility criteria by funding bodies would help realign the financial incentives for recipient institutions with public and scholarly interest.

Ownership involves socially recognized economic rights, first and foremost the exclusive control over that property, with the self-efficacy it affords. The inability to exert such control over crucial components of their scholarly infrastructure in the face of a generally recognized need for action for over three decades now, evinces the dramatic erosion of real ownership rights for the scholarly community over said infrastructure. Thus, this proposal is motivated not only by the now very urgent need to restore such ownership to the scholarly community, but also by the understanding that through their funding bodies, scholars may have an effective and proven avenue at their disposal to identify game-changing actions and to design a financial incentive structure for recipient institutions that can help realize the restoration of ownership, with the goal to implement open digital infrastructures that are as effective and as invisible as any non-digital infrastructure.

This text is an abbreviated version of a more detailed proposal available at https://doi.org/10.5281/zenodo.5526634 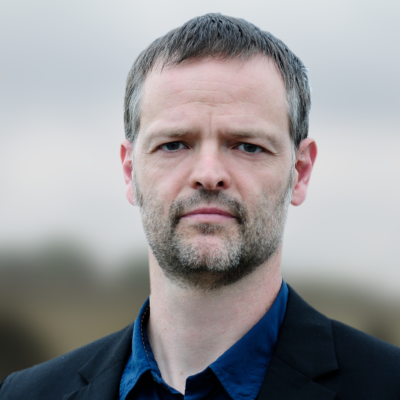 Björn is a neurobiologist who started studying biology in 1991 and has been collecting digital data and writing code to evaluate these data and control his experiments since 1994. During these early days, he witnessed how universities were experimenting with the new internet technology: email, Gopher, NCSA Mosaic, MBONE and many more. Institutions were pulling cables, installing routers as well as other hard- and software, merely in the hope that this investment in new technology may improve their research and teaching mission. He was surprised to look back later and realize that scholarly institutions since then have largely abandoned such innovation, resulting in little progress in scholarly digital infrastructure since the mid-1990s. He has been active in advocating digital infrastructure modernization since about 2007 and is still today waiting for institutions to provide services for research data and code, the way they are providing non-digital services such as water, electricity or furniture.

View all posts by Björn Brembs